What is a guitar tab?

Tab (tablature) is a way of notating music played on instruments such as the guitar, bass, and drums. It uses ordinary characters and numbers instead of symbols, as in regular musical notation. For those who do not know music notation, tablature is probably the easiest way to study guitar lessons.

Should you study guitar chords or tabs?

You’ll first need to be familiar with simple chords and key notes on the neck. After that, learning other songs via tabs will greatly improve your existing abilities, but you should first study basic music theory.

Is learning guitar with tabs a smart idea?

Tabs are a decent way to play some songs and melodies. But to learn the guitar properly, you should study theory and scales. You won’t learn how to play from tabs alone, but they are good to use in tutorials together with other materials.

What exactly is the distinction between tabs and chords?

Each note of the song is written down line by line in tabs, and shows the melody and sometimes rhythm. Chords just show the chord, not any single notes or melody, a strumming pattern might be used to show the rhythm.

Is using guitar tabs a form of cheating?

While some so-called musicians claim that using tablature is a means of cheating and not musicianship, tablature can be an excellent instructional technique for a guitarist in training if used correctly.

Lead guitarists, do they play chords?

The word “lead guitar” refers to a guitarist who specializes in playing the melody of a song; any guitarist playing a solo is not a lead player. Lead players uses few to no chords, but it can sometimes adopt a chord structure, while rhythm guitar moves the music with chords.

Is it better to learn tabs or chords?

A chord is essentially the name of a chord being played, such as G, E, or D, while the tab tells the player where to put their finger on the fretboard. So tabs can show much more about the actual piece, like solos, melodies, etc, that chords cannot show.

What are the first chords I should master on the guitar?

Start by practicing “first position” or “open chords.” These chords use a set of open strings and are played next to the nut. Em, C, G, and D are the easiest chords to master first. On the guitar, the first chord you should learn is Em.

What is the most challenging chord to play?

What are the three fundamental guitar chords?

The three most common chords that everyone should know. G Major, C Major, and D Major.

What are the fundamental guitar chords for newbies?

Is it essential to learn chords by heart?

The aim isn’t to memorize all the chords in each key. It’s a matter of remembering the sequence and then applying it to individual keys. You’ll gradually get familiar with each key and know the chords and scales more naturally because of this.

How long does it take for your fingertips to get used to playing the guitar?

The pain of learning to play can be eased in part by developing calluses on your fingertips. Calluses take 2 to 4 weeks to build up.

Is it possible to learn to play the guitar online?

Many have learned to play using online guitar lessons. An organized course is the easiest way to learn guitar online. The best courses are GuitarTricks and JamPlay. YouTube is not the best place for a novice to start because it does not have a structured system.

Is it difficult to learn guitar?

It is challenging to learn at first, but it becomes easier when you practice. The more you practice, the more normal it would feel to play the. So most people who stop playing do so right away. If you can get through the first six months of practice, you’ll notice how much simpler it gets.

On the guitar, what is a ghost note?

A musical tone with a rhythmic value but no noticeable pitch when played is known as a ghost note. This is expressed in musical notation by an “X” for a note head instead of an oval or brackets around the note head. It’s muted to the point of sounding percussive rather than obvious and pure in pitch.

What guitar scales should you master first?

Is it easier to learn guitar chords or notes first?

Most would say chords, and I mostly agree. However, single notes can be learned first to play simple melodies before going on to chords. I’d suggest scales because chords make more sense if you know where they’re coming from. And learning scales can help you understand how a melody “matches” the rhythm/chords behind it.

Is it too late to learn to play the guitar?

You will never be too rusty to pick up a guitar. At any age, you can begin learning to play. While they say younger people learn quicker, you can learn guitar as a beginner whether you are 40, 50, 60, or even 80 years old.

Why are guitar tabs inverted?

The strings match when a tab is flipped upside down, but it shows the notes in reverse order. Since the 6th string E is the lowest sounding string, it is written at the bottom of the tab, much like the lower a note sounds, the lower it is marked on a staff in traditional notation.

What do the numbers on guitar tabs represent?

The numbers show what fret of the string should be played. 0 shows an open string, 1 shows the first fret, 2 shows the second fret, and so on. Tabs are read from the left to the right.

How many hours per day should you spend practicing guitar?

Aim for at least 15 minutes of guitar practice every day, but at most one hour. Set short breaks to break up the practice sessions if you want to practice for over 20 minutes for the best results.

Is it easier to learn on an acoustic or electric guitar?

There are also the acoustic classical guitar with nylon strings, which is much easier for the fingers and has a wider space between the strings. So they can be an alternative if you have a tough time with steel strings. If you plan to play electric guitar later, it will feel very different, so it is best to learn on the actual guitar you will end up playing.

Why do guitarists use a capo?

Capos allow guitarists to play in a different key. This is done by raising the pitch of the instrument, which is accomplished by the pressure applied by the capo on the neck of the guitar.

On a guitar, what triggers a dead note?

It’s most probably a worn saddle or nut if the whole string is dead. It may be a worn saddle, nut, or fret if it’s just one note. Alternatively, the action may be set too low. Take the guitar to a reputable guitar shop to get it fixed.

Is it necessary to read music in order to play the guitar?

No, reading music can be a difficult skill to learn, because it does not come naturally. It is not necessary to be able to read music in order to learn to play the guitar. Many popular guitarists around the world have gotten to where they are with the guitar despite not learning how to read music. 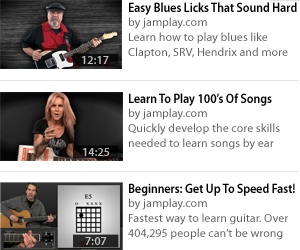